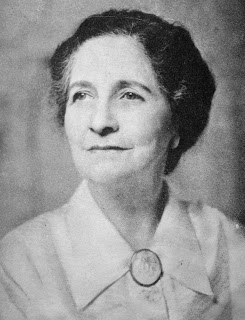 The Queen of Southern Cooking


Long before there was a Betty Crocker (actually she was a fictional person), Julia Child or Paula Deen (of Lady and Sons fame), there was Henrietta Stanley (Mrs. S.R.) Dull. Trained in the art of true southern cooking by former slaves and forced into cooking as profession to support her family, Mrs. Dull was considered by the people of her day as the consummate Southern cook. Her 1928 cook book “Southern Cooking” is still defined by current culinary connoisseurs as the Bible of southern cooking.

Henrietta Celeste Stanley was born on her family’s plantation near Chappell’s Mill in Laurens County, Georgia on December 6, 1863. Her parents were Eli Stanley and Mary Brazeal. On her father’s side, Miss Stanley boasted a fine pedigree which included three colonial governors. On her mother’s side of her family, she descended from Solomon Wood, who took an active part in exposing the Yazoo Fraud of 1795.

It was during her early years when she observed the Negro cooks who provided the daily meals for the Stanley family. Born into a wealthy family which had the luxury of a variety of foods, Henrietta was said to have made a hobby of trying each dish she ever heard by duplicating it from memory. In her youth, the women of the house were charged with preparing three meals of day. Leftovers were discarded or fed to pets and there was no such thing as refrigeration. The ladies had to prepare many of the basic ingredients and condiments which we enjoy straight out of a box, jar or can today. Henrietta and her family moved to Flowery Branch, Georgia, where he father worked as a railroad station master. At the age of 23, Henrietta married Samuel Rice Dull of Virginia. The Dulls became the parents of six children.

After a decade of marriage, Mr. Dull began to suffer from mental illnesses. Mrs. Dull found herself in a seemingly overwhelming dilemma. Forced into supporting her children and her ailing husband, Mrs. Dull did the only thing she knew how to do, and that was to cook. Preparing cakes and sandwiches at first for the ladies of her church, Mrs. Dull soon began to sell a large variety of prepared foods out of her home. What started as a way of making ends meet eventually became a successful and profitable venture. Widespread praises led to invitations to plan parties throughout the social circles.

The owners of Atlanta Gas Light Company invited Mrs. Dull to initiate a program of home service to promote the sale and proper use of gas stoves. She always compared a gas range to a husband by proclaiming “ you couldn’t get the best out of either until you learn how to manage them.” Though the theory of home service had been unsuccessful on previous occasions, Mrs. Dull rose to the occasion and championed the program. During this time, Mrs. Dull was chosen to head the Home Economics Department at Bessie Tift College in Forsyth, Georgia. She lent her expertise to establish and develop a Domestic Science Department at Girl’s High School of Atlanta and later a department for its night school.

During World War I, Henrietta Dull served as a hostess in the Soldier’s Recreation House on Peachtree Street. Affectionately known as “Mother Dull,” she was a mother and cook to more than fifty thousand dough boys. Two of her sons, Samuel Rice Dull, Jr. and Ira Cornelius Dull, enlisted in the army. Mrs. Dull believed it was her duty to comfort the boys and young men stationed at nearby Camp Gordon in hopes that some Christian mother would do the same for her boys, wherever they may be stationed.

Her success at Atlanta Gas Light led to an offer from the editors of the Sunday Atlanta Journal Magazine to write and edit the Home Economics page of the magazine section. As with all of her previous efforts, Mrs. Dull became an instant success. Her recipes were found in kitchens throughout Georgia. Her cooking expertise soon spread throughout the South and led to invitations to make cooking demonstrations and conduct cooking schools as far north as Delaware. It has been said that she was the pioneer of cooking schools in the South. Requests for copies of her recipes led Mrs. Dull to contemplate compiling her recipes into a comprehensive guide to Southern cooking.

Mrs. Dull’s landmark work with its thirteen hundred recipes was simply titled “Southern Cooking.” The 400-page book, which has sold more than a quarter of a million copies, was designed to be a practical guide to preparing dishes with items which were readily available in local groceries. “Not once in the whole book will you discover that I had called for the use of an ingredient that any southern housewife can’t get by calling up the grocer,” Mrs. Dull said. Mrs. Dull’s book emphasized the need for making cooking simple with easy to follow directions with exact measurements and cooking times. In her youth, few recipes were put in writing. Directions were often passed by word of mouth and the amount of ingredients were expressed in pinches, dabs and plenty. “Southern Cooking” also features chapters on sample menus, including seasonal and formal selections, as well as chapters on food selection, table service and kitchen equipment. Thirty five years after her book was published, Mrs. Dull was horrified that she omitted a recipe for that staple of Southern cooking, collard greens. Mrs. Dull’s book, which was dedicated to her friends, the women of Atlanta and the South, was sold throughout the United States and seven different countries. It is still a popular selection in old book stores and EBay.

Mrs. Dull recalled a time when as a child she bribed the cook to allow her to make some corn pone. For the rest of her life cornbread was still her favorite food (and mine too.) “You can make it thick, ... thin... with lacy edges that get deliciously brown. Oh, I do love corn bread! I suppose I just love cooking,” Mrs. Dull said. Mrs. Dull didn’t even mind washing dishes because she figured out that washing them in cold water with little soap prevented “dish pan” hands. Among her best tasting dishes were her angel food cakes, called “archangel cakes” to distinguish them from the run of the mill cakes.

After 20 years with the Atlanta Journal, Mrs. Dull retired in 1938. That same year she was listed as one of the twelve most famous women in Georgia. But she wasn’t through cooking. For another twenty years and well into her nineties, Mrs. Dull enjoyed cooking for friends and family in times of celebration and in times of grieving. Henrietta Stanley Dull died on January 28, 1964 at the age of one hundred years. Her life was described as one of unselfish service and outstanding achievements. Her sweet disposition and charm endeared her to everyone with whom she came in contact. She is buried in Westview Cemetery in Atlanta.
Posted by Scott B. Thompson, Sr. at 7:21 PM